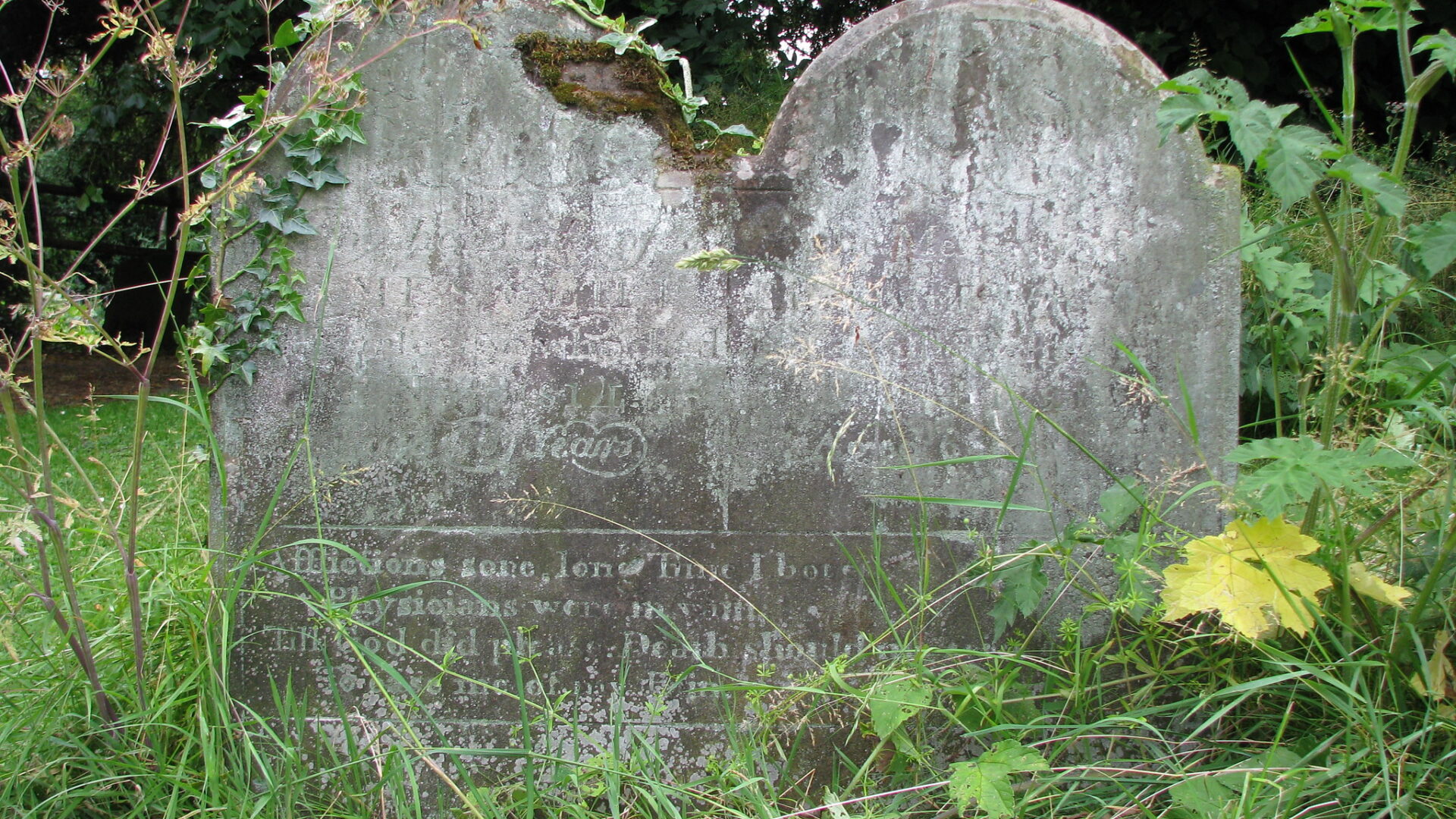 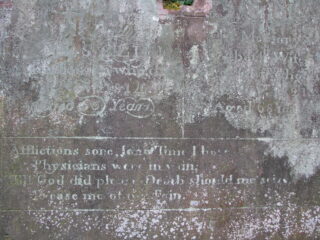 Long enamored of old gravestones, Emily B. Stanback visited a small cemetery in Barlaston while conducting research at the Wedgwood Archive in July, 2012. Struck by one particular gravestone, she took photographs of it (above) and transcribed the epitaph:

Afflictions sore, some time I bore
Physicians were in vain,
Till god did please Death should me seize,
To ease me of my Pain.

Fascinated by the textual possibilities of this epitaph—and of gravestones in general—Emily began to talk about collaborative possibilities with Polly Rowena Atkin, who she knew was also long interested in cemeteries, and especially how they are depicted as physical spaces in literature.

Polly and Emily realized that a searchable database of gravestones and epitaphs would be interesting to the public and useful to academics and educators across disciplines. They also thought that photo galleries of historically- and culturally-significant graveyards would be a broadly interesting—and useful—resource. From the start, Emily and Polly were interested in the potential of crowd-sourcing, and also in finding ways to account for modes of memorialization beyond gravestones and memorial plaques. By 2013, Polly and Emily had begun to make trips to graveyards to document them, and TGP had begun to load photo galleries—sometimes with epitaphs Emily transcribed. Soon after, that they launched Grave Notes, TGP’s informal scholarly journal, under the leadership of Julian Knox. For several years little happened aside from graveyard visits, new gallery pages on TGP’s website, and most recently, a new edition of Grave Notes.

TGP entered a new phase in 2020 through the addition of several new collaborators: Rebecca Bullard, Amy Giroux, Rebecca Schneider, and Stephanie Walters. In 2021 we also were joined by Laura Kremmel. Through these new partnerships we developed two initiatives that will shape TGP in the years to come: Memorial 20/70 and TGP Exhibits. Memorial 20/70 will allow us to work towards the database Polly and Emily had envisioned a decade ago. Both initiatives will allow TGP to more fully integrate crowd-sourced material into our project, and will allow us to work towards our goal of creating material of interest to the broader public, in addition to students and scholars. Importantly, Memorial 20/70 and TGP Exhibits also will allow us to begin to more fully account for modes of memorialization beyond gravestones and memorial plaques—a particularly important goal as historically, the vast majority of burials have not been marked in stone.