Each cemetery in the survey area was canvassed to locate aboveground tombs. The coordinates of the entrance to each cemetery and all extant mausoleums were pinpointed using a handheld Global Positioning System (GPS) to allow the data to be entered in a Geographic Information System (GIS) program for further analysis.[1]

Only private family mausoleums were included in the survey. These tombs contained from one to potentially eight family members.[2] Each tomb was measured for length, width, and height, and the directional orientation of the tomb was noted. Additionally, the construction material, number of crypts (overall and filled), decade of first entombment, and all inscriptions and iconography were recorded. There were 107 tombs identified, containing 152 deceased individuals. Thirty-four of the remaining crypts have inscriptions for future use, and thirteen mausoleums were pre-need purchases and are completely empty.

Attributes were collected for each individual so that an analysis of their demographics could be completed. Appendix I contains a table of the data categories obtained from the mausoleums and other documentary sources.[3] In addition to standard demographic data, such as age and sex, life expectancy and home property values were also compiled. Analysis of both the physical tombs and the individuals therein will be discussed further. 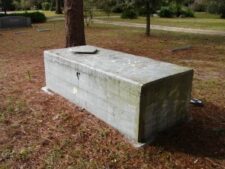 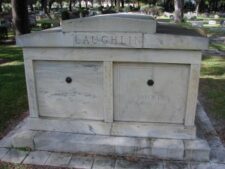 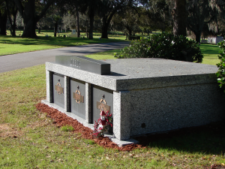 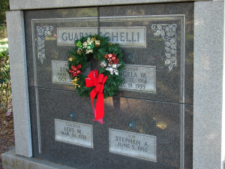 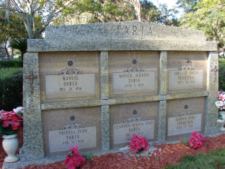 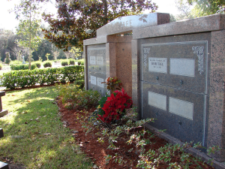 Of the 107 tombs, the thirteen that are completely empty are excluded from analyses involving individuals and from compilations of data by decade. Also, those individuals who are still living but have their names and birth information etched upon their tombs will only be included in such categories as burial order and placement if there is another individual actually entombed in one of the crypts. A single unmarked tomb in the Oakland Cemetery is also excluded from individual demographic analyses, as no records indicate who is in it. However, based on similarities to a nearby tomb in the same cemetery, an estimate of its decade of construction has been set to 1910.

View More in this Exhibit:

[1] The GPS unit is a Garmin Etrex model Vista Cx and the GIS program is ArcGIS version 9.2. The points were then referenced to the satellite images in Google Maps (maps.google.com) to adjust any discrepancies.

[2] The mausoleum for eight individuals currently has only three crypts filled.