Deaths and the Mining Industry 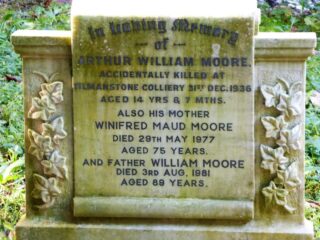 Injuries, illnesses, and deaths were common in the coal-mining industry due to the conditions and environment of the workplace – cave-ins, gas leaks, falling objects, falls, explosions, and lung diseases were often consequences of working in coal-mines.

A mining accident is an accident that occurs during the process of mining minerals or metals. Thousands of miners die from mining accidents each year, especially from underground coal mining, although accidents also occur in hard rock mining. Coal mining is considered much more hazardous than hard rock mining due to flat-lying rock strata, generally incompetent rock, the presence of methane gas, and coal dust. Most of the deaths these days occur in developing countries, and rural parts of developed countries where safety measures are not practiced as fully. **place-holder text from Wikipedia article on Mining accidents 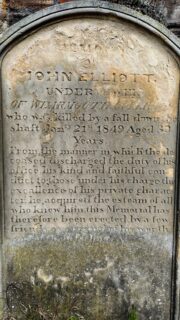 Coal mining is the process of extracting coal from the ground. Coal is valued for its energy content and since the 1880s has been widely used to generate electricity. Steel and cement industries use coal as a fuel for extraction of iron from iron ore and for cement production. In the United Kingdom and South Africa, a coal mine and its structures are a colliery, a coal mine is called a ‘pit’, and the above-ground structures are a ‘pit head’. In Australia, “colliery” generally refers to an underground coal mine. Coal mining has had many developments over the recent years, from the early days of men tunneling, digging, and manually extracting the coal on carts to large open cut and long wall mines. Mining at this scale requires the use of draglines, trucks, conveyors, hydraulic jacks and shearers. **text-holder taken from Wikipedia article on Coal Mining

The disaster and rescue attempt were national news, but the impact on the local communities and the victims’ families is still felt today. 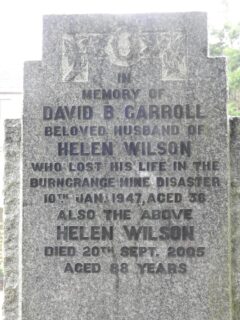 The flame from a carbide lamp ignited a pocket of firedamp. Only a small explosion was felt at first, but this ignited more gas and within half an hour the timbers and oil shale in the mine were on fire. Thirty eight men were able to escape, bringing with them the body of John McGarty who had been killed by the initial explosion.

Another fourteen men were trapped behind the fire. Despite “one of the most dramatic and gallant rescue bids in the history of mining”, the trapped men could not be reached, and their bodies were brought out of the pit on the 15th of January.

The fifteen victims left behind a total of 11 widows and 26 children. Burngrange was the worst disaster in the history of Scottish shale mining. **(temporary) place-holder text found at WestlothianStory.Home.Blog…