Lack of safety regulations and laws led to deaths not only among factory workers but also among the populations who lived near industrial sites – namely by accidents, pollutants, and other hazards. 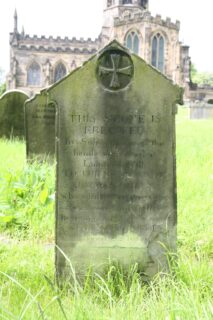 THIS STONE IS ERECTED by Subscription of the hands employed at Lumford Mill TO THE MEMORY OF JAMES MILLS who whilst working there was suddenly killed by being caught by a shaft on the 20th July, 1846, Aged 22 Years. **taken from headstone inscription

Around 600 people were killed in accidental explosions at explosives works during the First World War. Most loss of life can be attributed to the manufacture of the high explosive TNT and its derivative amatol. In British service this was a new explosive and the principal production hazard was thought to be fire. Factories were established in converted buildings in built-up areas: a decision that had devastating results when a TNT plant exploded at Ashton-under-Lyne, Greater Manchester, where 53 died, and later at Silvertown, east London, killing 69. In both incidents, workers and local residents lost their lives. Explosions in purpose-built factories could be equally shattering: at Faversham, Kent, in April 1916, 108 were killed, only exceeded by an explosion at Chilwell, Nottingham, where there were 134 fatalities. **place-holder text from HistoricEngland 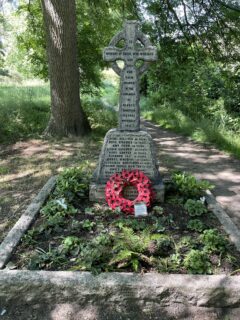 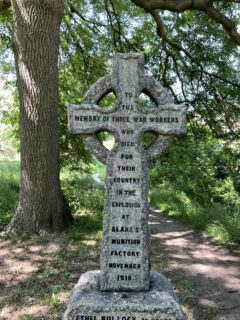 “Frightful affair at Darlington – two boys roasted alive” read the Northern Echo headline on 7 March 1888. The previous morning Ralph Cummin and Samuel Wight had been among a group of boys playing on the cinder heap of the Darlington Steel & Iron company – a constantly burning fire with a thin crust of ash, used to dispose of the refuse from the works beside the river Skerne. The boys were running across the surface when it gave way and a large hole opened up. When the smoke and dust cleared Cummin and Wight were not to be seen. As it was almost time for school the other boys assumed that they had already set off towards St Paul’s School, which they attended with Wight, but he did not arrive. The alarm was eventually raised when the two boys failed to return home in the evening. Eventually their remains and possessions, comprising two jaw bones, vertebrae and smaller bones, buttons and the wire from a catapult that Wight had been carrying, were pulled from the fiery heap. **place-holder text from AboutDarlington 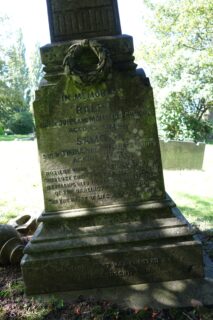